Research Engineers introduces the next generation of REI’s flagship product, STAAD.Pro, the most popular structural engineering software product for 3D model generation, analysis and multi-material design. It has an intuitive, user-friendly GUI, visualization tools, powerful analysis and design facilities and seamless integration to several other modeling and design software products. The software also is fully compatible with Windows 2000 and Windows ME, and is optimized for the new Windows XP.

For static or dynamic analysis of bridges, containment structures, embedded structures (tunnels and culverts), pipe racks, steel, concrete, aluminum or timber buildings, transmission towers, stadiums or any other simple or complex structure, STAAD.Pro has been the choice of design professionals around the world for their specific analysis needs.

The wind loading routine in STAAD.Pro provides a method for distributing a pressure load on the envelope of a model based on prescribed pressures at given heights. This pattern is defined in the publication IS 875-part 3 which has been added so that the pressure pattern can be applied following rules based on constraints such as region, topology and structure type.

Two methods have been implemented. Firstly, a traditional method for creating the wind definition  given the location and structure criteria. 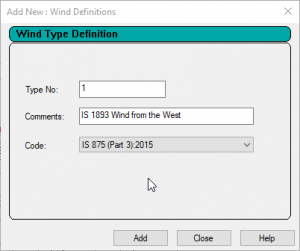 When creating a definition, note that the code needs to specified, then the pattern of wind intensity and height data can be generated according to the code.

Clicking the Generate button allows the conditions to be provided.

And the profile to be provided.

What is particularly exciting is the second method that has been added for the IS 875-pt 3 implementation for simultaneously defining and generating the wind loading.

This essentially supercharges the wind load definition and creates the loading on all four faces for wind coming from all four compass points in a single specification.

Accounting for both internal and external pressure coefficients significantly speeding up the time to manage wind loading.

The sample structure wizard template for creating multi-compartment to work in conjunction with the tank design in the Advanced Concrete Design (RCDC) module has been further developed to support tanks that are partially or fully buried and have a step in the wall thickness. 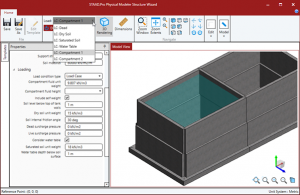 When the tank is buried, soil pressure loads which can include for a high-water table can be generated, including buoyancy effects on the base of the slab as well as additional surcharge loading.

Collating objects into useful collections has been seen to be a popular way for managing larger structures. This has been successfully utilised in the analytical workflow and based on feedback from a number of users, we have extended the capability provided in the Physical Workflow including providing the group data into the STD file. Additionally, the Physical Modeller now supports multiple group selection making model manipulation much easier.

In Update 7 the initial iModel cloud integration was introduced as a method to allow users to experiment with using STAAD.Pro physical models as an analytical part of an iModel repository that is associated with a ProjectWise 365 project.

The team driving this forward is now moving to an EAP which will provide an opportunity for users to provide a significant contribution to the development process including sharing the results of an AISC 360-16 design in an iModel.

In the meantime, to reduce confusion and ensure that the desktop interop service is provided, the cloud functionality in STAAD.Pro has been temporarily suspended and just desktop actions for working with local ISM repositories will continue with the simple Push and Pull operations.

The exciting ProjectWise 365 offering offered by Bentley to provides a number of valuable services including design review, issue resolution and document control built as a cloud solution including data storage which can be automatically synced with a local drive makes collaboration with team members easier and more professional. STAAD.Pro has worked closely with the PW 365 team to ensure system compatibility.

The support provided for design codes in various countries and regions around the world continues in Update 8. The three most significant developments provided in this release are:- 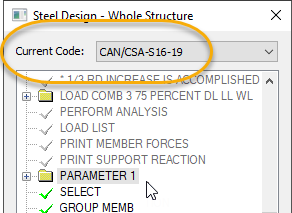 One of the challenges in designing steel members to the steel design module EN 1993-1-1 has been how to handle design is where both strength and serviceability need to be handled. These are defined in separate load cases or combinations. However, STAAD.Pro provides a method for defining an envelope, or collection of load cases which have been assigned a categorisation such as Strength or Serviceability: –

Now when the load list is defined by envelopes which have been assigned these categorisations are used to determine the appropriate checks to perform.

The Chinese steel design workflow interface and methods introduced in Update 7 has been further refined with a large number of modifications that provide a more comprehensive design offering to the GB50017-2017 which include improvements:-

The introduction of wind loading to the Chinese code in Update 7 has also been given a number of improvements to assist in its use, following user feedback, including 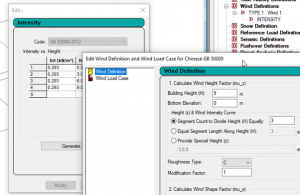 Determining key results from models with finite elements that have tens or hundreds of load cases has been made easier by providing these as envelopes both in tabular and contour format. .The maximum positive or negative value of a selected value identifies its magnitude and the load case which generated that effect allowing f=or a quicker identification of the driving forces and hence the actions to take to optimise the model.

The Steel Connection Design workflow has been updated to utilise the RAM Connection V13.5 dlls. This has extended the connection design with new gusset connections for IS800-2007

Additionally column-beam-brace joints and tubular mitred knee joints for the Australian and New Zealand codes have been added. 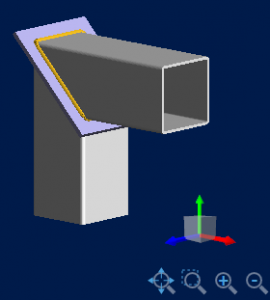 Being able to automate a number of processes with OpenSTAAD by engineers to improve their design processes is a benefit that has been rapidly growing. With Update 8 this benefit has been further improved with capabilities in four key areas:-

For more details refer to the OpenSTAAD documentation

The Advanced Concrete Design application, RCDC, has been updated to v11.0 which includes: –

The concrete foundation application included in the STAAD.Pro installation, STAAD Foundation Advanced (SFA) has been updated to v9.6 which includes: –

For more details on these and other issues that have been addressed in this build Refer to the SFA Release Notes.

Note that if you are already using STAAD.Pro CONNECT Edition, you should be notified of the new build with the Bentley CONNECTION Client.

The Revision History document details the issues that have been addressed and as with all builds is included in the ReadMe file which can be accessed from the Help section of the application and can also be found HERE. 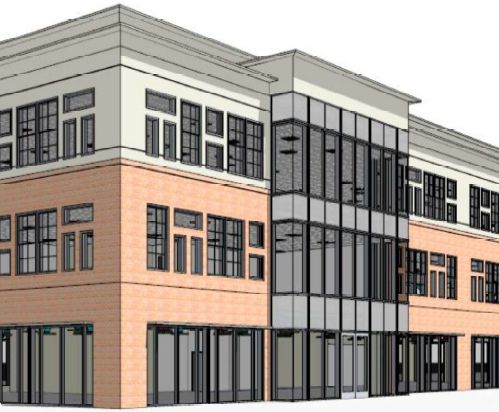 The program is free of charge, takes place on-line in English and consists of several stages, which end with the award of an official certificate – details in the appendix.

First you need to register for the right course:

On their website IDEA StatiCa provides a file path with all related documents to steel, concrete and prestressing, BIM and licensing.

Further information can be found on the website https://www.ideastatica.com/